This is a follow up with an image and video released related to the AR1944 solar flare.  All images and video credit goes to: NASA/SDO/Goddard

Yesterday's eruption comes with a predicted 60% chance of elevated auroral activity on January 9th.  If there is activity, as nearly always, the best view will be at latitudes closer to the poles.  In addition to the auroral activity, this particular region of the Sun is still heavily active and is expected to produce additional flares.  Current estimates from NOAA put the chance of additional M-Class flares at around 80% and X-Class flares at around 50%.  Still very active!

The image below is of the explosion which is denoted by the wispy filament arcs around the central disk that obscures the Sun to provide better visibility of the atmosphere and phenomenon around it. 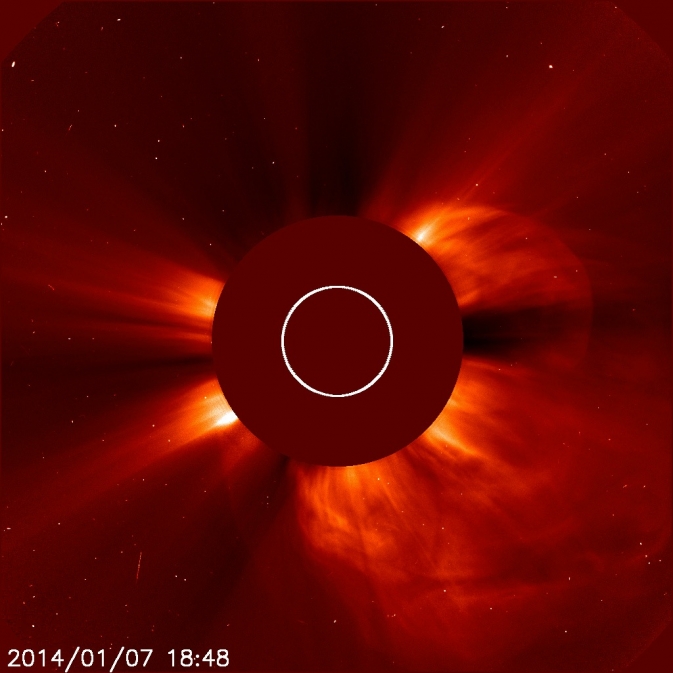 Below is a video of the flare erupting. 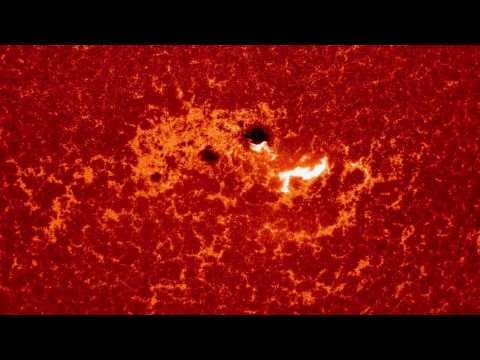 In case anyone hasn't seen the reports on this yet, NASA has reported that a rather large X-class (X1.2) solar flare erupted from the Sun's active region designation 1944 (AR1944) at approximately 1:32 PM EST today (January 7th, 2014).

Based on information that the Space Weather Prediction Center of NOAA (http://www.swpc.noaa.gov/) provided, the burst (which did cause radio interference at a designation of R3) was a CME (Coronal Mass Ejection) sending particles directly toward Earth.  While this burst is not expected to cause significant outages or interruptions, it is in the X-Class which is the strongest classification so it could provide some action, including aurora.

The CME is expected to impact the Earth's magnetic field beginning sometime on January 9th with possible radio and weak power grid interruptions at high latitudes.  Aurora will probably also be visible with this impact.  There is not currently detailed information about how far South any effects may be visible but, if you're interested, I suggest keeping an eye on any of the tools and resources in the links section of the site (http://www.collegeastronomy.com/useful-sites/).  Especially the last link on the page, for Space Weather Live, which will provide a good graphical representation of the visibility of auroras around the globe.