Comet ISON has made it around the Sun at least partially intact!  This is great news for those who are looking for an opportunity to see this comet.  The current magnitude is almost -1 which means it should be easily visible to the naked eye as it comes back around the Sun to be visible once again in the morning skies.

On November 30th, you may be able to see the comet if you're up early enough.  The comet is set to rise starting at 6:55 AM CST in the Northeast sky (see graphic for coordinate information) and may be visible up to just before the Sun rises at 7:26 AM CST. 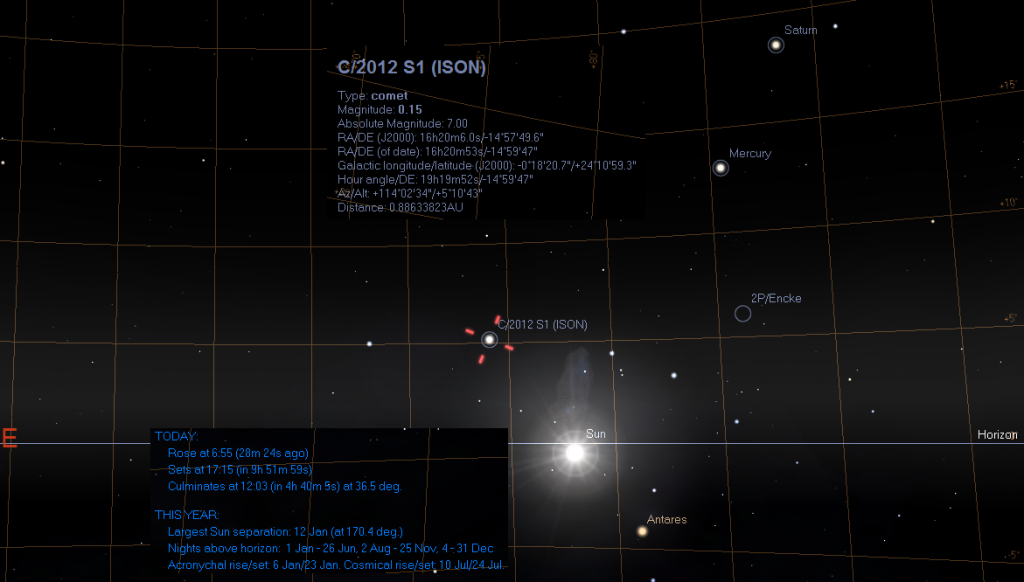 It is not yet known how long the comet will remain viable.  There were some concerns that it might not even make it through the approach.  Especially (as can be seen in my previous post of SOHO images) since the comet showed some active disintegration and disappeared for a bit on it's way around the Sun.  There is an expectation that better information about the comet, and how stable it really is, will be coming out over the next few days as more observations are able to take place.

In the mean time, I took the liberty of doing a little bit of astrophotography this evening with my Nikon D80, 70-300mm telephoto lens and a tripod.  While this is certainly not an ideal setup, it still manages to capture a few shorter exposure shots well enough.  I had two goals with this outing, the first was to see if there was any way to snag comet ISON this evening after sunset since the Sun set prior to the comet.  Alas, this was a bunk effort not only due to the bright sunset but because of low clouds in the Western sky.  Even so, those clouds made for some very nice sunset photos (see gallery).

The second goal was to see if I could capture Comet Lovejoy.  This comet has gone from naked eye visibility in mid-November to binocular, telescope and photo visibility at this point running around the 7-8th magnitude for right now (it's only going to get dimmer from here).  I pointed my camera at roughly the spot where I expected it should be and started snapping a couple pictures.  Unfortunately, my electronics weren't working well tonight and I wasn't able to look up the exact position of the comet and get better pictures while zoomed in.  But, to my surprise, I DID snag some faint shots of it without any zoom.  While these shots are very clearly not very good, the accomplishment is that something was obtained.  One other thing to note is that aircraft were everywhere tonight and interfered with several of the shots that I kept.

You can view the fruits of labor here: http://www.collegeastronomy.com/gallery/deneb-vega-venus-comet-c2013-r1-lovejoy/ 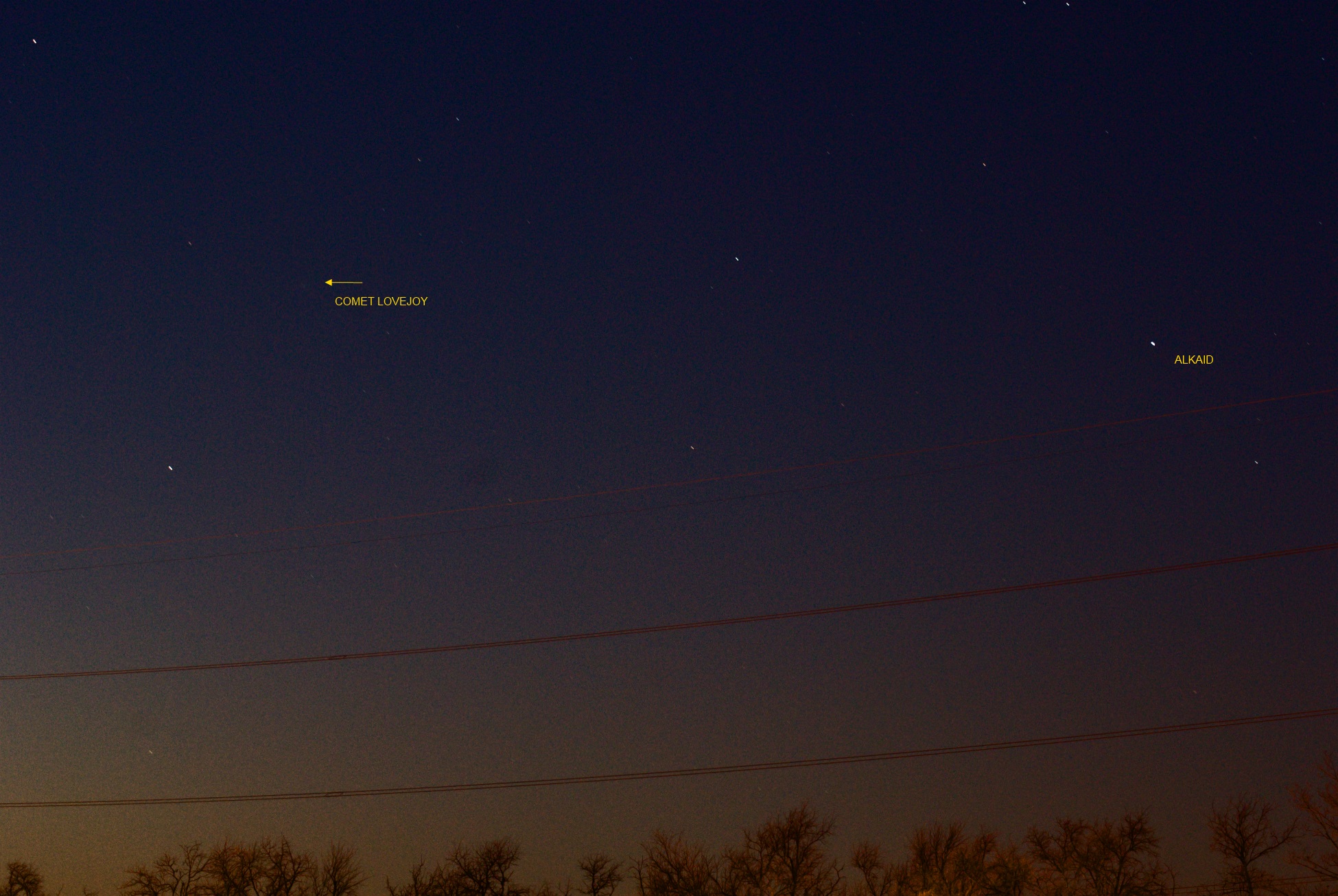 Happy comet viewing everyone!  Keep checking in for updates, I will post more as I have them.